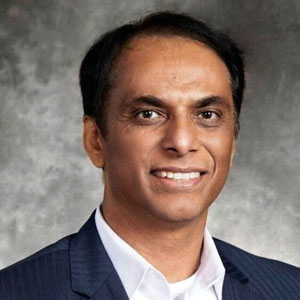 Recently I came across a survey conducted by the Hartford Financial Services Group. The study reports that millennials entering the workforce are likely to avoid insurance industry as a career choice. What it found is that the young generation, think the insurance industry is “boring” and only 4 percent viewed it as an appealing way to make a living. Insurance finished 16th out of 18 different sectors identified in the survey. Other poor performers included retail, construction and manufacturing, all at 7 percent. Arts & Entertainment topped millennial job wish list at 40 percent, followed by education, 36 percent. Another industry news report questioned how insurance industry was missing from Consumer Electronics Show (CES),  which is a good example of a contributing factor as to why younger generation thinks we are boring. I know there are isolated examples of insurance companies leveraging technology in new and unique ways. It’s our weak participation in the broader technology discussion that creates the perception of an industry that is still anchored in doing things the old way.

Before we further delve into the survey and news reports, I want us to look at the insurance industry and its connection with technology. JoAnne Yates, Sloan Distinguished Professor of Management, in her study “Early Interactions between the Life Insurance and Computer Industries: The Prudential's Edmund Berkeley and The Society of Actuaries Committee,” talks about the role insurance industry has played in the early use of computer technology. Insurance industry was a critical consumer of the predecessor of modern day computers, punched card tabulators, as soon as before twentieth century. For insurance companies, preparation and use of data and information were as important as developing new product and services. One can say data and information was their primary product. Hence, data and document processing formed the basis of an insurance company’s operation. Therefore, it is not a surprise that insurance companies were also one of the early adopters of computer technology.

“Insurance industry was a critical consumer of the predecessor of modern day computers, punched card tabulators, as soon as before twentieth century.”

Professor Yates talks about two significant developments that illustrate early connections between insurance and developing computer technology. First Edmund Berkeley of Prudential and Co-founder of the Association for Computing Machinery (ACM) in mid-1940’s initiated serious discussions within Prudential and with potential vendors on the technical specifications required to make computers useful for insurance applications. Second the establishment of a committee to examine insurance applications of the new technology by Society of Actuaries.

Berkeley's activities during this time were very similar to what any savvy marketer would do: educating the stakeholder within the company as well as the insurance industry in general about the technology, and communicating and providing feedback to the partners (vendors) about the business and industry needs. Berkeley truly leveraged the strength of industry bodies by presenting to the Society of Actuaries and Insurance Accounting and Statistical Association on using computers to aid in insurance underwriting. He also presented a more general paper about “Electronic Sequence Controlled Calculating Machinery, and Applications in Insurance” to the Life Office Management Association (LOMA). A purpose of citing these examples here are to ask a simple question, are we insurance industry as a whole doing a good job of embracing the technology, as the digital landscape changes around us with Cloud, Big Data, and IoT? The simple answer would be no, as evidenced by recent surveys and news reports.

To say our industry is going through an extended bout of inertia would not be a stretch. Often the response to this comment is, we do invest in digital technology via Idea Jams and Hackathons to develop and generate new ideas and innovate. Tony Jacob, Managing Director of Worldwide Insurance at Microsoft in one of his blog post says, “The reality today is that many insurers are held back by their legacy IT infrastructures.” He continues by saying, “Much of their IT budgets go towards maintaining their core systems, and these budgets are being reduced. They have limited resources left over to innovate in areas such as distribution channels or new product development.”

I am part of an organization that is often left holding the bag, to provide a mechanism for the payment of covered insurance claims of insolvent insurance companies. We strive to help relieve the financial burden placed on claimants and insureds when insurance companies fail. Our organization relies on the data we receive to handle the claims of insolvent insurance companies. The challenges we see firsthand with the data is consistent with the challenges Tony Jacob was describing about legacy IT infrastructure and core systems. Working closely with core systems for last four years, I can safely say that technology partners are equally slow to change. Their product roadmaps reflect overall industry’s inertia.

McKinsey Global Institute’s report “The Internet Of Things: Mapping The Value Beyond The Hype” says, “The Internet of Things has the potential to fundamentally shift the way we interact with our surroundings. The ability to monitor and manage objects in the physical world electronically makes it possible to bring data-driven decision making to new realms of human activity.” With a potential economic impact—including consumer surplus—of as much as $11.1 trillion per year in 2025. Another McKinsey Global Institute’s report cites The United States alone faces a shortage of 140,000 to 190,000 people with deep analytical skills as well as 1.5 million managers and analysts to analyze big data and make decisions based on their findings. Finally According to Forrester, report “Sizing the Cloud” the global market for cloud computing is forecasted to grow 34.9 percent annually during 2011-16. Each one of these data points can be analyzed and have been analyzed in greater detail, the purpose of citing them here is to highlight the fact that IoT, Cloud and Big Data in Post app-era will create a significant change that affects every industry and organization. Whether it is Wearable Tech, Smart home, M2M, and Connected Devices the technology is permeating every facet of society and in the process creating an exponential growth in data. Insurance industry with its history as the early adopters of technology and leveraging the power of data the benefits for the insurance industry are apparent. Therefore, we must come out of our inertia as we cannot afford to be laggards. Perhaps what we need is the spirit of Edmund Berkeley in every insurance company to help take that strategic leap forward to make connections between clever innovations and industry needs.

Cloud At The Edge

Edge Computing - Where Does It Fit Today And Tomorrow!

The Evolution of Digital Banking Landscape in Indonesia